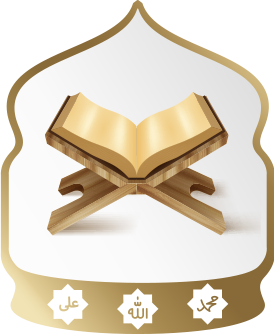 Association of Iranian Muslims (AIM) is a non-political club focusing on religious and cultural activities. Our club’s main goal is to create a spiritual, religious and friendly environment for the countless Iranians and Muslims on campus.

To grow both spiritually and academically, a weekly program is offered which concentrates on studying the exegesis of the Holy Quran in an academic and respectful environment followed by congregational prayer. Speakers are also invited from the academia who specialize in Islam and Quran. Furthermore, in order to spread the true and peaceful message of Islam and Shia faith, an annual event is coordinated to disprove the common misconceptions about Islam, raise awareness, and increase mutual understanding and respect on campus. Moreover, interfaith dialogue and positive interaction with other religious clubs is highly encouraged through various joint sessions. To connect with nature and promote environmental ethics, vibrant and family friendly events are coordinated in Hamilton and surrounding areas.
Finally, several religious and cultural celebrations such as Birthday of Prophet Mohammad (pbuh), Eid al- Fitr, Eid al-Ghadir, Eid al-Adha, Birthday ofImam Mahdi (pbuh), Norouz; spiritual prayers and reflection such as Laylat al-Qadr (Night ofDestiny); and various commemorations namely, Anniversary ofProphet Mohammad’s Passing (pbuh), The Mourning of Muharram, Martyrdom of Lady Fatemeh (pbuh) are also organized throughout the year.
Association of Iranian Muslims (AIM) will be the first Iranian club and the first Muslim club in the GSA. It will provide a welcoming environment for the numerous Iranians and Muslims to grow spiritually and academically. No such club currently addresses the religious and cultural needs of Iranians and the religious needs of Muslims. This club will also embrace interfaith dialogue with other religious clubs on campus (e.g. Christian clubs) which will result in mutual understanding and respect. Furthermore, the club strives to raise awareness and project a more accurate and peaceful image of Islam and condemn religious extremism.